This post may contain affiliate links, meaning I may earn a small commission at no cost to you if you make a purchase through the links.

Don’t you wish you can turn back the hands of time and erase your mistakes? Or do something that you know will make your life better in the present?

Wouldn’t it be nice, right?

Unfortunately, you cannot. Neither can I. Mistakes have already been made, and they’re made to teach us lessons. We’re a six-figure income household, and yet we’re broke. We’re not even in living in the worst places for six-figure households.

The husband and I made financial mistakes in the past that brought us to where we are now, negative net worth, minimal savings, and mountains of debts.

Poor financial planning and bad money management placed us in a position where we are not financially secure.

I admit I do not sleep well at night because I worry about money.

To give you an idea where we are at right now, take a look at our financials.

I would say we have a pretty decent salary. The husband and I both work in the healthcare industry, and between him and I, we make a six-figure income household.

The demand for our services makes it possible for us to earn more outside our full-time hours, which is nice.

Therefore, on the days that we don’t have anything planned, we go to work.

Well, for having a decent income, you would think we have decent savings as well. Unfortunately, that is not the case in our situation. We actually don’t have any savings except for our 401K and some equity in our home.

Don’t get me wrong; we used to have liquid savings; however, we used it to help come up with a 20% downpayment on a townhome that we’re currently living in right now. So, that left us with nothing.

I used to tell myself that a little bit of debt is okay because I will be able to pay it off anyway. With this thought mindset, I permitted myself to keep on spending and accumulate debt.

It was not until we sat down and looked at our financials that I realized we might have gone too far. The amount of debt that we have was nauseating.

In early 2019, our total credit card debt was $35,000. It all came from mindless spending and bad decision making. I honestly don’t know what we spent it on. However, part of it also came from fertility expenses, which of course, NOT a mistake.

The husband and I were having a hard time getting pregnant, so we sought medical help. We used credit cards to pay for fertility treatment.

We got pregnant, but unfortunately, we lost the baby through miscarriage.

The husband’s student loan debt as of early 2019 was $120,000. Yup, that’s a massive amount. It was from two degrees, though. He decided to go back to school so he can earn more, which was not a bad idea.

Thankfully, I’m an immigrant, and I got my education abroad, so I did not incur any student loans. Educational expenses abroad were minimal that, with the help of a cousin here in the US, I was able to pay it off.

The husband and I both came from Asian families and getting a house is a huge thing. You’ve got to get a house.

So we bought a townhome worth $285,000.At that time, we did not have enough savings to put 20%. However, our family insisted that we put down 20% no matter what.

So then, both sides of the family topped whatever we have to come up with $57,000.

Of course, it was not free money, but at least it was interest-free. So we spent the first two years paying the family back.

This property is yet another expensive mistake that we fell into. We bought a rental property abroad, which was worth $65,000. We took out a loan to pay it off, and now we’re stuck with the loan.

The good thing is that the rental is making a little bit of money which helps my family abroad.

How did we get here

After reading our financial story, you are maybe thinking about how dumb and naive we were. We let society dictate how we live.

I came from a poor family, and my husband is from a frugal family. Taking those into account, we both should be prudent.

But instead, we let lifestyle grew with our income. We made ourselves believed that we deserved every spending that we did. And because of that, we’re in a deep hole.

The most important thing in life is to be able to recognize mistakes that you made, learn from it, make a plan to attack it, and then act on it.

It was hard for the husband and me to realize that we’re actually broke. We thought we were doing good, but actually, we don’t have a positive net worth.

But then again, it’s never too late to start anew.

So earlier this year, we decided enough is enough, we’ll pursue financial independence.

When you have your eye on the prize, you will do everything to get it.

That’s what exactly happened to us. We were willing to work towards our goal.

We read financial books, listened to podcasts, and even joined the finance community group.

With the amount of knowledge that we accumulated, we were able to come up with a plan.

Starting a budget changed our lives. It made us see where we really at financially. All along, I thought that since we’re bringing in a decent amount of money, we were staying ahead.

However, the numbers surprised us! We were actually spending more than what we were earning. And a huge chunk of it was spent on dining out.

Once we knew where we’re at, we created a budget that we thought will work for our situation. We cut down on some of the expenses, which include expensive gym membership, dining out, shopping, etc. We even managed to sell some of our stuff that we don’t use anymore.

Save A Starter Emergency Fund

I learned that an emergency fund is very crucial when you have a financial goal. It gives you peace of mind by knowing that you have something set aside in case of unexpected expenses.

The typical recommendation is to have at least $1000 in a starter emergency fund, but you are welcome to do more if you can. However, for us, $1000 made more sense because we have other goals to tackle.

Contribute to Retirement Up To Match

Contributing to 401K was something I did not immediately do when I first started working in the US, which was again, a mistake. I only started contributing after working for two years.

My husband was worse. He only opened a 401K after five years from when I opened mine. Mainly because he was still studying and do not have a full-time job yet, he could have, but he chose not to.

It is recommended that if you are self-employed or have irregular income, you should aim for more than six months’ worth of expenses.

Three months’ worth of expenses made more sense to us since we’re both working, so that’s what we are aiming for.

Contrary to the recommendation of tackling one goal at a time, we’re tackling this goal while also working on fully funding our emergency fund.

This is because the husband and I are amazed by the power of compound interest. Since we are already in our mid 30’s, we wanted to start investing. Therefore, the moment all credit cards are paid off, we’ll open a brokerage account.

The husband’s student loan is like another mortgage; however, we’re not earning equity on it. Luckily, the husband’s mom was nice enough to lend us the money to pay off the loan and then pay her back with no interest for twelve years.

Since it is zero interest, we will not be aggressively working on this loan; we’ll just make sure that we will not miss our monthly payments.

After researching, I found that there is mix advice on whether to pay off a mortgage sooner or not. However, it all boils down to what your numbers will say.

For us, it made more sense to keep the mortgage and invest the extra money because the annual return is more than the mortgage interest.

There you have it.

We are a six-figure income household in Illinois, no kids yet, and yet we are broke. Bad decisions and poor money management were made. As a result, we incurred credit card debt, a personal loan, a student loan, and a mortgage loan.

We messed up! That we did.

However, we’re on it. We identified the problem, and now we’re going to tackle it like real adults.  And hopefully, we’ll be able to enjoy our six-figure income soon.

I am sure we’re not the only six-figure income household who are broke. If you’ve made financial mistakes in the past, it is never too late to learn from it and start fresh.

What about you? What financial mistakes have you made in the past? 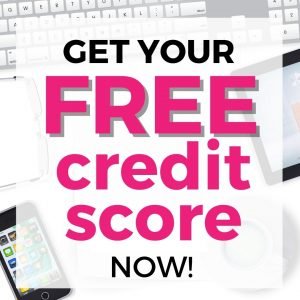 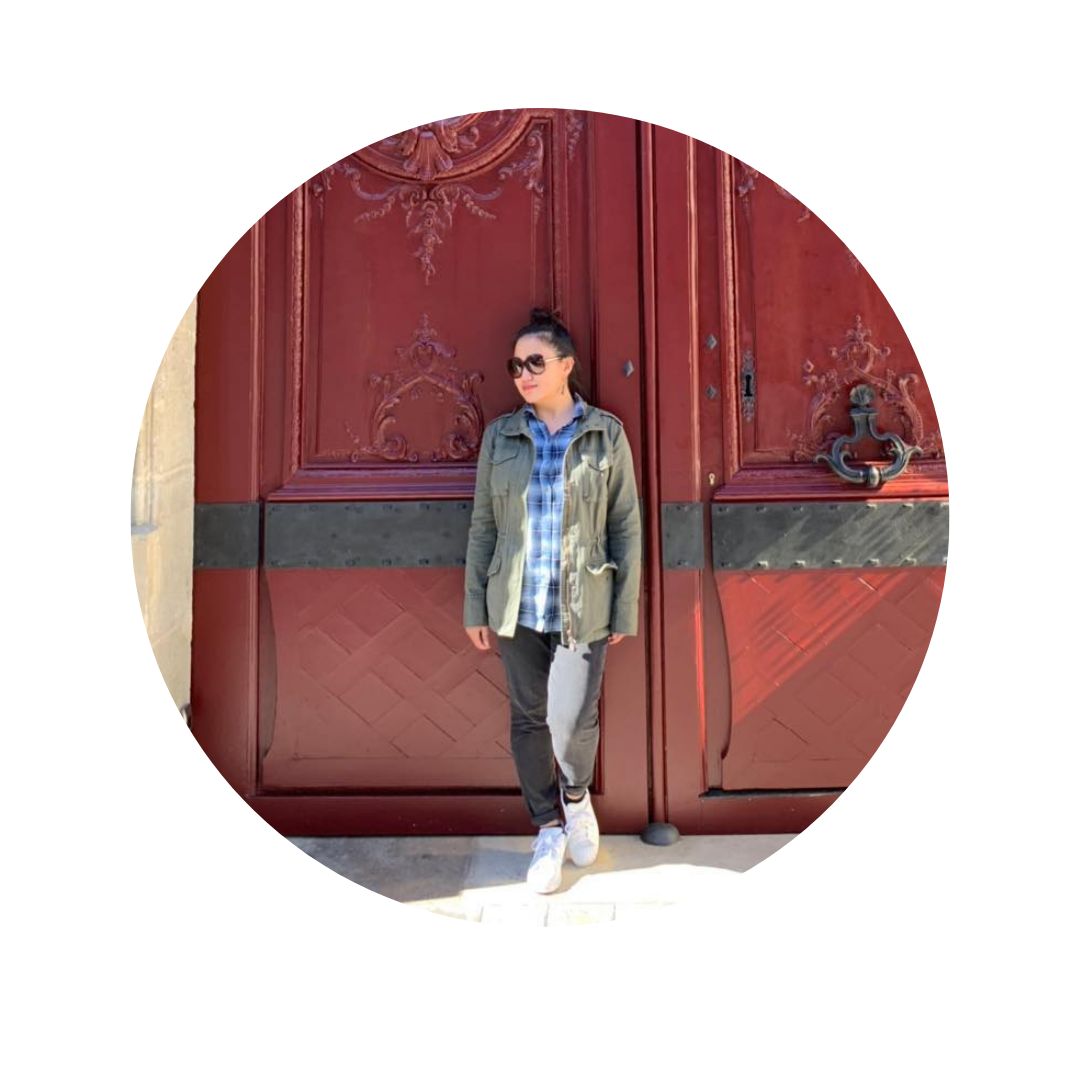 I help working millennial women rock their personal finance through better money management so that they can pursue their passion. My husband and I took the plunge and pursue a personal finance journey. Together, we were able to pay off over $35,000 debt in just under a year! Now I want to help you do the same.
Read More About Me 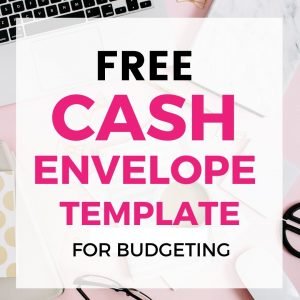 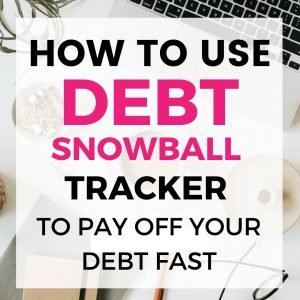 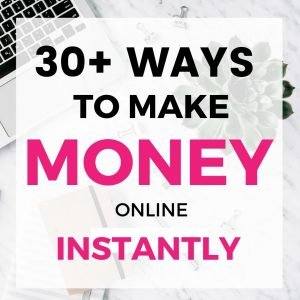 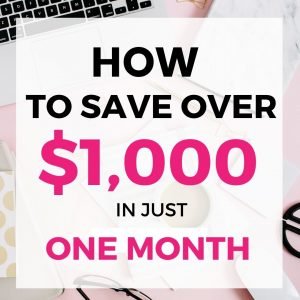